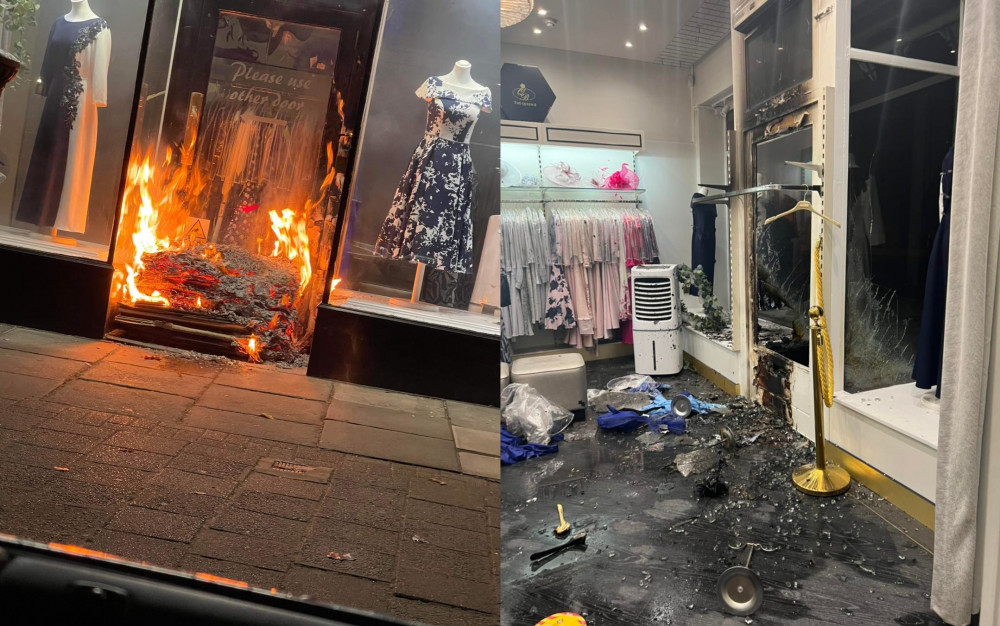 Firefighters attended a callout to The Queen B Boutique on Stanwell Road in the early hours of this morning (August 19).

Although it appears the fire was started deliberately, the cause has not yet been officially determined.

"Our occasion wear boutique in Penarth was set on fire during the early hours of the morning.

"I would like to formally thank South Wales Fire and Rescue Service for such a swift attendance and extinguishing the fire so quickly, resulting in no fatalities, which could have been so different with the apartments above.

"Our Penarth and Barry casual boutiques are open as usual."

A spokesperson for South Wales Fire & Rescue Service said: "At approximately 02:07 on Friday, August 19, 2022, we received reports of a fire on Stanwell Road in Penarth.

"Crews from Penarth and Cardiff Central Station attended the scene and extinguished the fire.

"A stop message was received at approximately 03:05."

Festival of Welsh tennis comes to Penarth on Sunday